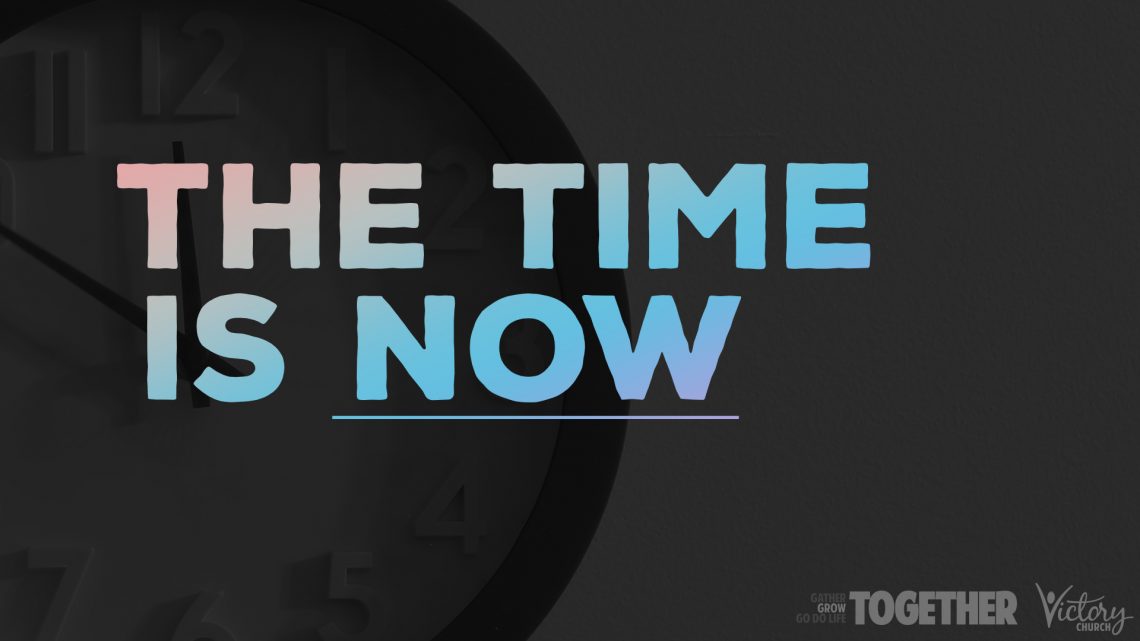 God comes to us right WHERE WE ARE, just as we are, but REFUSES TO LEAVE US THERE!

Romans 5:8 (ESV)
8 but God shows his love for us in that while we were still sinners, Christ died for us.
Luke 5:1-3 (ESV)
5 On one occasion, while the crowd was pressing in on him to hear the word of God, he was standing by the lake of Gennesaret, 2 and he saw two boats by the lake, but the fishermen had gone out of them and were washing their nets. 3 Getting into one of the boats, which was Simon’s, he asked him to put out a little from the land. And he sat down and taught the people from the boat.

When It Comes To Following Jesus…

1. His Timing Has A Way Of Being INCONVENIENT.

Luke 5:4-5 (ESV)
4 And when he had finished speaking, he said to Simon, “Put out into the deep and let down your nets for a catch.” 5 And Simon answered, “Master, we toiled all night and took nothing! But at your word I will let down the nets.”

Our response to inconvenient timing is to PROCRASTINATE.

Never put off until tomorrow what you can do today.
– Thomas Jefferson

Never put off until tomorrow what you can do the aay after tomorrow.
– Mark Twain

James 4:13-14 (ESV)
13 Come now, you who say, “Today or tomorrow we will go into such and such a town and spend a year there and trade and make a profit”— 14 yet you do not know what tomorrow will bring. What is your life? For you are a mist that appears for a little time and then vanishes.

2. He has a way of INTERRUPTING our plans for our life.

Luke 5:5-10 English (ESV)
5 And Simon answered, “Master, we toiled all night and took nothing! But at your word I will let down the nets.” 6 And when they had done this, they enclosed a large number of fish, and their nets were breaking. 7 They signaled to their partners in the other boat to come and help them. And they came and filled both the boats, so that they began to sink. 8 But when Simon Peter saw it, he fell down at Jesus’ knees, saying, “Depart from me, for I am a sinful man, O Lord.” 9 For he and all who were with him were astonished at the catch of fish that they had taken, 10 and so also were James and John, sons of Zebedee, who were partners with Simon. And Jesus said to Simon, “Do not be afraid; from now on you will be catching men.”[a]

Personal frustration is often the result of being spiritually STAGNANT.

Faith is taking the first step even when you can’t see the whole staircase.
– Martin Luther King Jr.

Luke 5:10-11 (ESV)
10 and so also were James and John, sons of Zebedee, who were partners with Simon. And Jesus said to Simon, “Do not be afraid; from now on you will be catching men.”[a] 11 And when they had brought their boats to land, they left everything and followed him.

The act of following is always about the NEXT STEP.

Luke 9:24-25 (ESV)
24 For whoever would save his life will lose it, but whoever loses his life for my sake will save it. 25 For what does it profit a man if he gains the whole world and loses or forfeits himself?
Revelation 3:20 (ESV)
20 Behold, I stand at the door and knock. If anyone hears my voice and opens the door, I will come in to him and eat with him, and he with me.
[/column]
Category Pastor Toby Cox, Series, Sunday Morning Service, The Time Is NOW, Victory Church
Tags Colossians, Ephesians, James, Luke, Pastor Toby Cox, Revelation, Romans