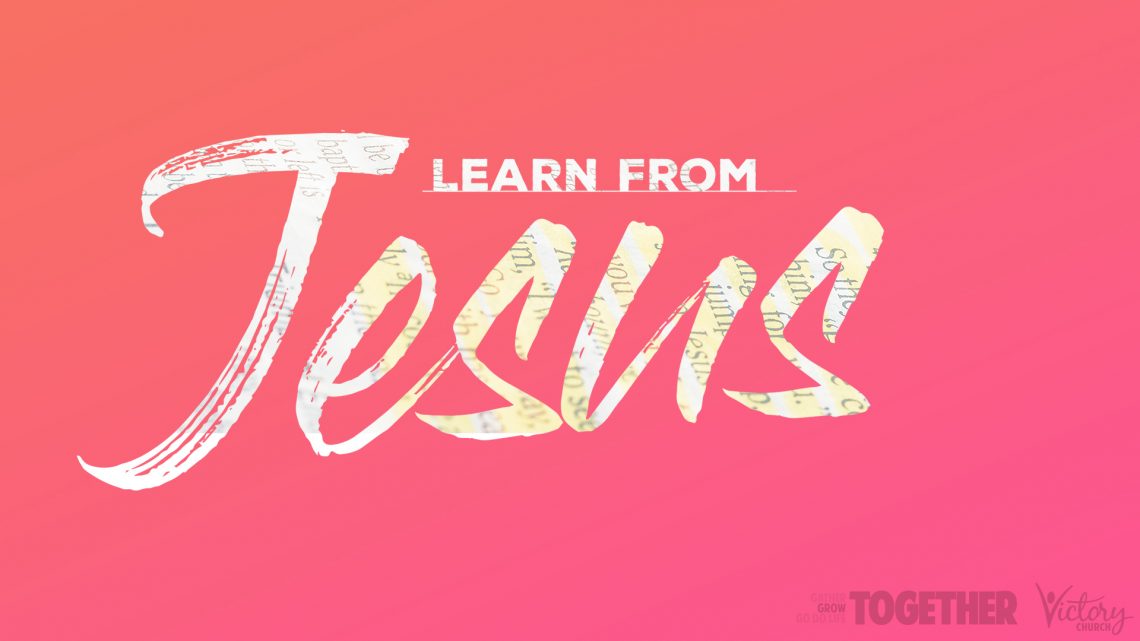  
Mark 4:35-41 (ESV)
35 On that day, when evening had come, he said to them, “Let us go across to the other side.” 36 And leaving the crowd, they took him with them in the boat, just as he was. And other boats were with him. 37 And a great windstorm arose, and the waves were breaking into the boat, so that the boat was already filling. 38 But he was in the stern, asleep on the cushion. And they woke him and said to him, “Teacher, do you not care that we are perishing?” 39 And he awoke and rebuked the wind and said to the sea, “Peace! Be still!” And the wind ceased, and there was a great calm. 40 He said to them, “Why are you so afraid? Have you still no faith?” 41 And they were filled with great fear and said to one another, “Who then is this, that even the wind and the sea obey him?”

Numbers 13:32-33 (ESV)
32 So they brought to the people of Israel a bad report of the land that they had spied out, saying, “The land, through which we have gone to spy it out, is a land that devours its inhabitants, and all the people that we saw in it are of great height. 33 And there we saw the Nephilim (the sons of Anak, who come from the Nephilim), and we seemed to ourselves like grasshoppers, and so we seemed to them.”

2. Fear is the opposite of faith.

2 Timothy 1:7 (ESV)
7 for God gave us a spirit not of fear but of power and love and self-control.
Mark 4:39-41 (ESV)
39 And he awoke and rebuked the wind and said to the sea, “Peace! Be still!” And the wind ceased, and there was a great calm. 40 He said to them, “Why are you so afraid? Have you still no faith?” 41 And they were filled with great fear and said to one another, “Who then is this, that even the wind and the sea obey him?”
Luke 12:4-5 (ESV)
4 “I tell you, my friends, do not fear those who kill the body, and after that have nothing more that they can do. 5 But I will warn you whom to fear: fear him who, after he has killed, has authority to cast into hell.[a] Yes, I tell you, fear him!
Proverbs 1:7 (ESV)
7 The fear of the Lord is the beginning of knowledge;
fools despise wisdom and instruction.
Proverbs 9:10 (ESV)
10 The fear of the Lord is the beginning of wisdom,
and the knowledge of the Holy One is insight.
Proverbs 10:27 (ESV)
27 The fear of the Lord prolongs life,
but the years of the wicked will be short.
Proverbs 14:26 (ESV)
26 In the fear of the Lord one has strong confidence,
and his children will have a refuge.
Proverbs 14:27 (ESV)
27 The fear of the Lord is a fountain of life,
that one may turn away from the snares of death.
Proverbs 22:4 (ESV)
4 The reward for humility and fear of the Lord
is riches and honor and life.[a]

3. The solution is always Jesus.

4. Faith does not mean inaction.

14 So when the people set out from their tents to pass over the Jordan with the priests bearing the ark of the covenant before the people, 15 and as soon as those bearing the ark had come as far as the Jordan, and the feet of the priests bearing the ark were dipped in the brink of the water (now the Jordan overflows all its banks throughout the time of harvest), 16 the waters coming down from above stood and rose up in a heap very far away, at Adam, the city that is beside Zarethan, and those flowing down toward the Sea of the Arabah, the Salt Sea, were completely cut off. And the people passed over opposite Jericho.

Mark 11:23-24 (ESV)
23 Truly, I say to you, whoever says to this mountain, ‘Be taken up and thrown into the sea,’ and does not doubt in his heart, but believes that what he says will come to pass, it will be done for him. 24 Therefore I tell you, whatever you ask in prayer, believe that you have received[a] it, and it will be yours.
Category Learn from Jesus, Pastor Toby Cox, Series, Sunday Morning Service, Victory Church
Tags 2 Timothy, Joshua, Luke, Mark, Numbers, Pastor Toby Cox, Proverbs