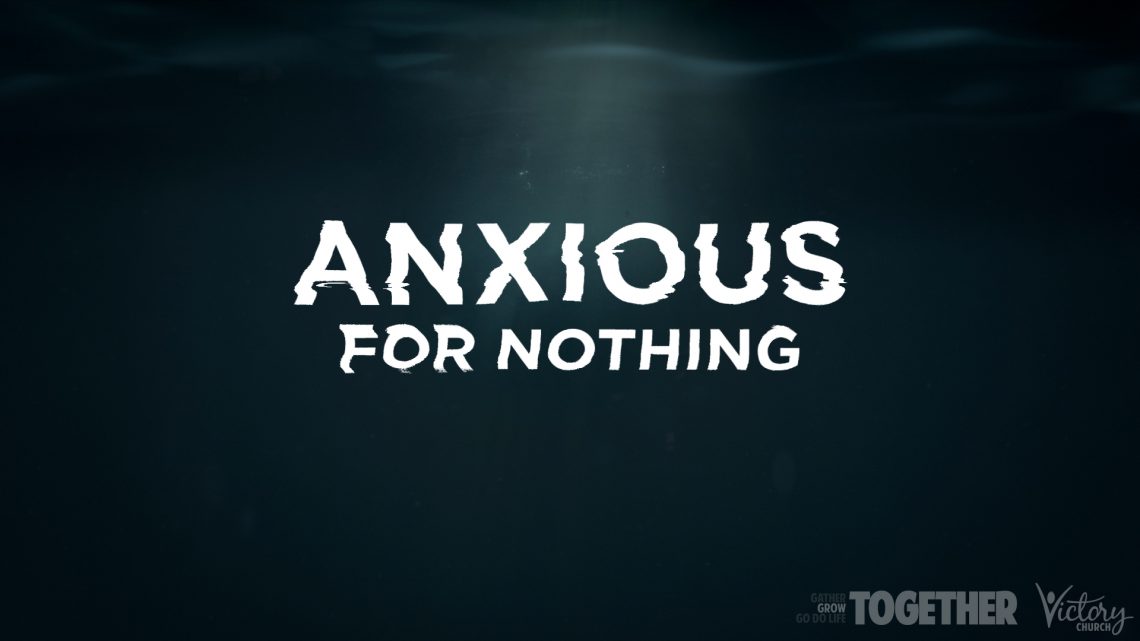  
Philippians 4:4-7 (ESV)
4 Rejoice in the Lord always; again I will say, rejoice. 5 Let your reasonableness[a] be known to everyone. The Lord is at hand; 6 do not be anxious about anything, but in everything by prayer and supplication with thanksgiving let your requests be made known to God. 7 And the peace of God, which surpasses all understanding, will guard your hearts and your minds in Christ Jesus.
1 Kings 19:1-5 (ESV)
19 Ahab told Jezebel all that Elijah had done, and how he had killed all the prophets with the sword. 2 Then Jezebel sent a messenger to Elijah, saying, “So may the gods do to me and more also, if I do not make your life as the life of one of them by this time tomorrow.” 3 Then he was afraid, and he arose and ran for his life and came to Beersheba, which belongs to Judah, and left his servant there.

4 But he himself went a day’s journey into the wilderness and came and sat down under a broom tree. And he asked that he might die, saying, “It is enough; now, O Lord, take away my life, for I am no better than my fathers.” 5 And he lay down and slept under a broom tree. And behold, an angel touched him and said to him, “Arise and eat.”

Elijah made same common mistakes that we make…

Exodus 2:15 (ESV)
15 When Pharaoh heard of it, he sought to kill Moses. But Moses fled from Pharaoh and stayed in the land of Midian. And he sat down by a well.
1 Samuel 17:24 (ESV)
24 All the men of Israel, when they saw the man, fled from him and were much afraid.
Jonah 1:1-3 (ESV)
1 Now the word of the Lord came to Jonah the son of Amittai, saying, 2 “Arise, go to Nineveh, that great city, and call out against it, for their evil[a] has come up before me.” 3 But Jonah rose to flee to Tarshish from the presence of the Lord. He went down to Joppa and found a ship going to Tarshish. So he paid the fare and went down into it, to go with them to Tarshish, away from the presence of the Lord.

Genesis 2:19-20 (ESV)
19 Now out of the ground the Lord God had formed[a] every beast of the field and every bird of the heavens and brought them to the man to see what he would call them. And whatever the man called every living creature, that was its name. 20 The man gave names to all livestock and to the birds of the heavens and to every beast of the field. But for Adam[b] there was not found a helper fit for him.
Ecclesiastes 4:9-12 (ESV)
9 Two are better than one, because they have a good reward for their toil. 10 For if they fall, one will lift up his fellow. But woe to him who is alone when he falls and has not another to lift him up! 11 Again, if two lie together, they keep warm, but how can one keep warm alone? 12 And though a man might prevail against one who is alone, two will withstand him—a threefold cord is not quickly broken.
Hebrews 10:24-25 (ESV)
24 And let us consider how to stir up one another to love and good works, 25 not neglecting to meet together, as is the habit of some, but encouraging one another, and all the more as you see the Day drawing near.

3. We focus on the negative.

Numbers 13:25-32 (ESV)
25 At the end of forty days they returned from spying out the land. 26 And they came to Moses and Aaron and to all the congregation of the people of Israel in the wilderness of Paran, at Kadesh. They brought back word to them and to all the congregation, and showed them the fruit of the land. 27 And they told him, “We came to the land to which you sent us. It flows with milk and honey, and this is its fruit. 28 However, the people who dwell in the land are strong, and the cities are fortified and very large. And besides, we saw the descendants of Anak there. 29 The Amalekites dwell in the land of the Negeb. The Hittites, the Jebusites, and the Amorites dwell in the hill country. And the Canaanites dwell by the sea, and along the Jordan.”

30 But Caleb quieted the people before Moses and said, “Let us go up at once and occupy it, for we are well able to overcome it.” 31 Then the men who had gone up with him said, “We are not able to go up against the people, for they are stronger than we are.” 32 So they brought to the people of Israel a bad report of the land that they had spied out, saying, “The land, through which we have gone to spy it out, is a land that devours its inhabitants, and all the people that we saw in it are of great height.

1 Kings 19:11-12 (ESV)
11 And he said, “Go out and stand on the mount before the Lord.” And behold, the Lord passed by, and a great and strong wind tore the mountains and broke in pieces the rocks before the Lord, but the Lord was not in the wind. And after the wind an earthquake, but the Lord was not in the earthquake. 12 And after the earthquake a fire, but the Lord was not in the fire. And after the fire the sound of a low whisper.[a]
2 Kings 2:11 (ESV)
11 And as they still went on and talked, behold, chariots of fire and horses of fire separated the two of them. And Elijah went up by a whirlwind into heaven.
Philippians 4:4-7 (ESV)
4 Rejoice in the Lord always; again I will say, rejoice. 5 Let your reasonableness[a] be known to everyone. The Lord is at hand; 6 do not be anxious about anything, but in everything by prayer and supplication with thanksgiving let your requests be made known to God. 7 And the peace of God, which surpasses all understanding, will guard your hearts and your minds in Christ Jesus.
Category Anxious For Nothing, Pastor Toby Cox, Series, Victory Church
Tags 1 Kings, 1 Samuel, 2 Kings, Ecclesiastes, Exodus, Genesis, Hebrews, Jonah, Numbers, Pastor Toby Cox, Philippians